How to Practice Foosball by Yourself

Foosball, or table football as some call it, can be a very fun game. At least for those who know how to play it… Losing all the time is definitely not fun, which is why you might wanna learn a few tricks on how to practice foosball by yourself so you can instantly boost your foosball skills. If so, you’re at the right place!

We’re now gonna show you how to practice so that you could later beat much tougher opponents. So, with no further ado, let’s start with the first advice!

Obviously, the whole point of the game is to score goals. And in order to become a prolific goal-scorer, you got to practice shooting. If you’re a newbie in the world of foosball, the best way to start is by practicing penalty shootouts as you would in real soccer.

What you got to do is just place the ball on the foosball table in front one of your players and try to score a goal. It’s gonna be easy with the three strikers (front line players) if the only opposition player protecting the goal is the goalie.

However, you can take this drill to a higher level by practicing shooting with the five players from the midfield. In order to score, the ball will have to pass not only the opposition defenders and the goalie, but also your three strikers.

An even better method for polishing your shooting skills is to practice long shooting. Use your goalie (or the two defenders) for this purpose, while arranging all the other players in a way that there’s no obstacle on the ball’s path to the goal.

If your foosball table allows it, remove all the other rods, including the one with the opponent’s goalie. If you can score 10 goals in a row in first attempt, it’s time to start adding more obstacles. Add one rod at a time and see how you progress. If you manage to score 10 in a row, add another one, until all of the rods are there.

And if you can score 10 goals in a row with your goalie, even if all the rods are there, it’s time to move to an advanced practice routine – bank shots. 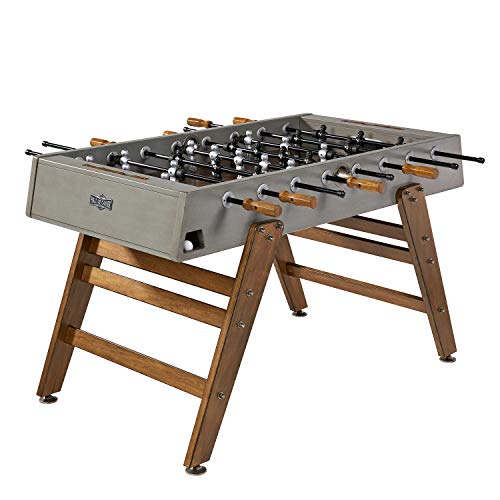 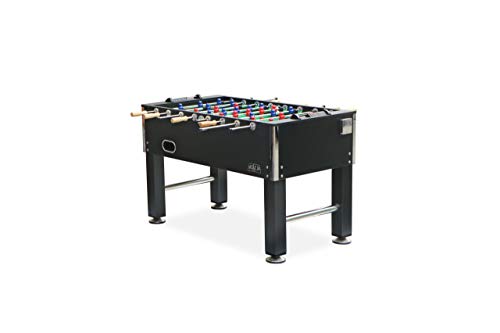 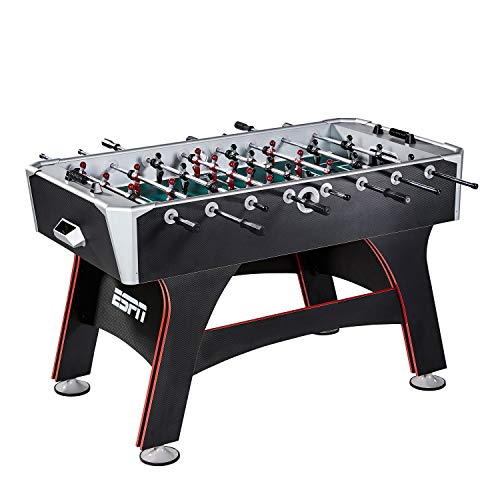 Why is this so important? More often than not you can surprise your opponent with bank shots. It’s very hard to guess from which angle the ball is gonna come, not to mention that this way, you can find empty room in their defense line.

Foosball is not just about attacking. It’s also about defending. Unfortunately, defense practice is practically impossible if you’re practicing on your own. We say ‘practically’ because there is a way to improve your defensive reflexes while also practicing passing.

As you might have noticed, our previous three training drills were focused on defenders and attackers. Now, it’s time to focus on the 5-bar in the midfield. Side-to-side passing between the 5 players in the middle is a much more important practice that you’ve probably imagined.

The thing is that mastering this skill can help you a lot when playing against real players. You will be able to control the ball in the middle of the table, before passing it to your attackers or firing it into the opponent’s goal.

Another reason why this practice is important is that it can add more fun to your training sessions. You may think that passing from one to the other player from the same rod is easy, but try to pass from the player 1 to the player 3 without hitting the player 2!

And you can make this practice even more exciting by coming up with a random number sequence deciding which players should you pass the ball between. For example, instead of passing from the player 1 to the player 2 then to the player 3, why not spice it up by passing in the following order: P1-P4-P2-P5-P3. Of course, you can pick any order you like.

For this practice, you will need balls of different colors. A good idea is to get 15 red balls and position them randomly on the table. Then take a white one and place it right in front of your keeper. What you got to do is push all of the red balls into the opponent’s goal by striking them with the white one.

You lose if the white ball goes in or if one of the red ones ends up in your goal. If you want to make the practice even harder, you can add another rule – you lose if you touch a red ball with one of your players.

Not only does this practice affect all of your foosball skills, but it’s also really fun. Achieving the goal of the practice is pretty challenging, even for experienced players. That said, you can make it a bit easier by playing it with fewer balls.